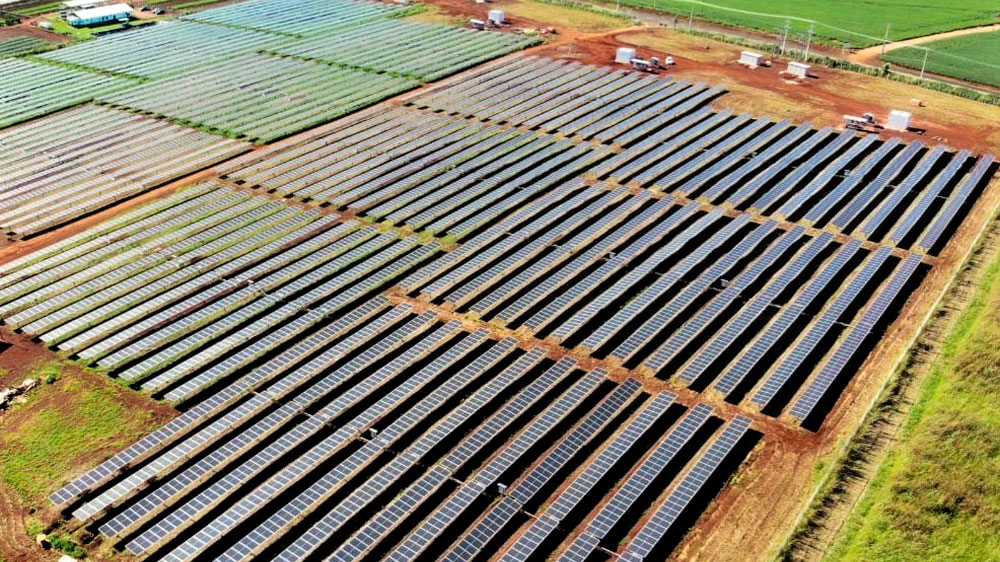 Last Monday, 03/01, the Solar Complex of Bandeirantes, in the State of Paraná, started operating. The project was implemented by Sistechne, an energy solutions integrator of the Intertechne group, which was responsible for managing the supply of equipment, civil works and assembly. In addition to working on the plant’s implementation, the Intertechne group participated as an investor, associated with COPEL-G&T, at Solar Paraná GD Participações.

Initially, the plant is operating with 3 MWp and, this year, it is expected to expand, making the total installed capacity reach 5.36 MWp (megawatt-peak). In the end, UFV Bandeirantes will produce enough energy to supply the needs of approximately 10,000 people.

This project was built within a business model called “distributed generation” (GD), where consumers rent energy generation plants, which in turn compensate for the energy they consume in their activities. As a result, the energy used from photovoltaic sources is offset in the electric power bill, allowing for a reduction in electric power costs.

For Paulo Akashi, Intertechne´s CEO, this is an important step for the future of photovoltaic energy in Paraná: “The transition from traditional to renewable energy matrices has been happening in a natural way for some years, and Intertechne has evolved in this direction and is now prepared to meet this demand.

This investment in a photovoltaic plant aimed at distributed generation, is an important milestone in the use of renewables in Paraná, and confirms the advantages that the remote distributed generation model can bring to companies, in the management of their costs with electric power”, comments Paulo.

The Solar Complex of Bandeirantes, which is 100 km from Londrina, occupies a total area of 10.35 hectares (size equivalent to almost 10 football fields) and consists of 6,900 photovoltaic plates. Each of them is formed by polycrystalline silicon photovoltaic cells, and these cells are interconnected in series and react with the incidence of sunlight, releasing electrons that are transferred to a circuit inside the solar plate or panel.

“The start-up of this project strengthens the Intertechne Group’s capacity to structure solutions in renewable energies with the same quality in which it delivers projects in other segments. We will continue investing our efforts in conquering even more space in this market, generating value for those involved and aligned with the best ESG principles”, reinforces Akashi.

The distributed generation market (MMGD) is constantly expanding in the country, and according to ANEEL (Brazil National Electric Energy Agency), today there are more than 200 thousand photovoltaic generating units connected to the grid in Brazil, with around 2.3 GW in capacity, which in June last year was only 1 GW.